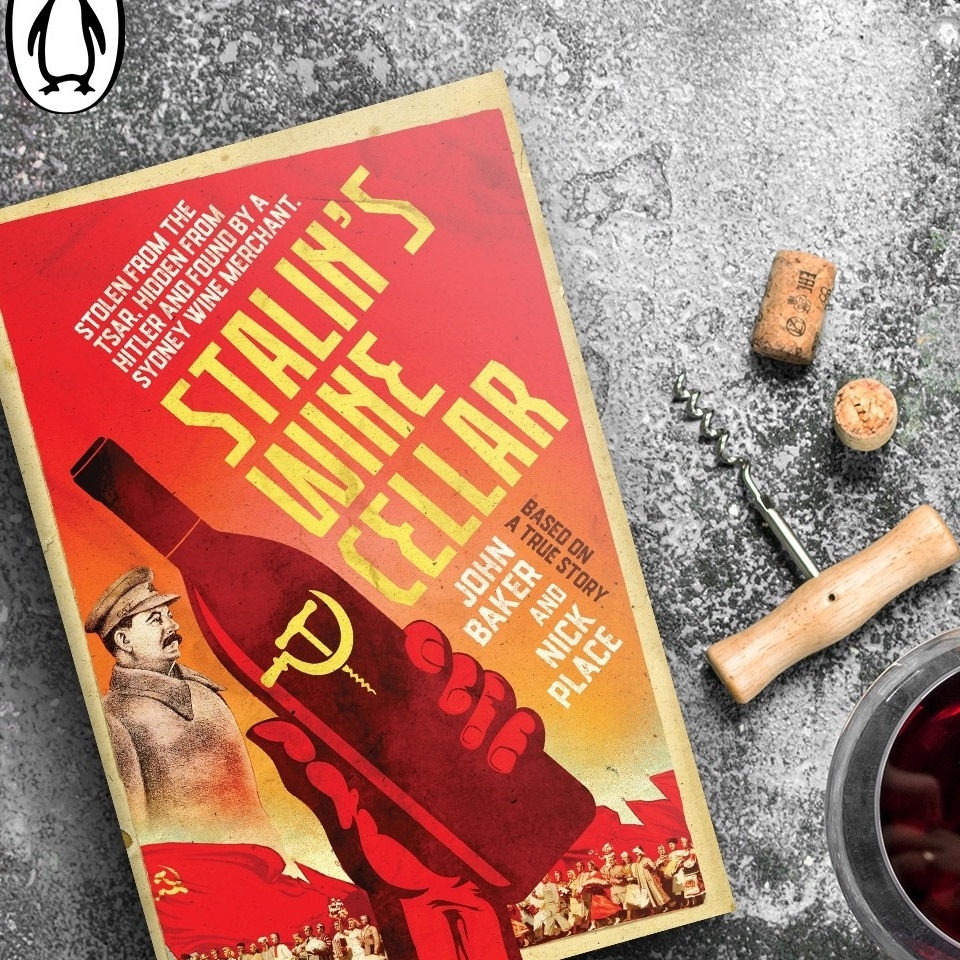 John Baker’s story of the collection of wines that once belonged to Nicholas II, the last Tsar of Russia, and was controlled by and supplemented by Joseph Stalin, the Soviet strong man who ran Russia from 1924 to his death in 1953, took a long time in the telling. The earliest scenes, in which John Baker and his friend and colleague, Canadian, Kevin Hopko, ponder a mysterious list of something that could be wine but does not make a lot of sense, date to September 1998. The trip to Georgia, formerly part of the Soviet Union and the region in which Stalin was born, occurred in July 1999. There were twists in the tale but, in a little over four years, the grand adventure had resulted in either success or failure. It took another 17 years before the story of what is, undoubtedly, an intriguing adventure, found its way into the world’s bookstores.

The explanation for such a delay is never fully explained but may be sketched in very soft outline in the acknowledgements at the end of the text. Nick Place is a professional writer with impressive portfolios in the fields of fiction; non-fiction; and sports journalism. John Baker, on the other hand, is of an entrepreneurial bent with an emphasis on making a profit while enjoying life and having an adventure. At the end of the twentieth century, his chosen trade was to take run of the mill liquor stores and to turn them into meccas (unfortunate word, perhaps) for those whose taste in alcohol veered towards the expensive and high quality end of the continuum.

The acknowledgements suggest that Baker had tried to write the story of the adventure but was unimpressed with the results of his efforts. Eventually, Place turned out to be the co-author who could turn Baker’s recollections into the exciting read they deserved to be. It is not, ultimately, clear whether the delay was due to this logistical difficulty in the telling; whether the publishers insisted on waiting for the passing of some of the less heroically portrayed characters so as to make defamation a less likely prospect; or some other reason. Two decades later, the story loses nothing for the waiting.

Eventually, Baker and Hopko solved the riddle of the list by realizing that it was a cellar list of amazing wines resulting from one person writing down the words of another spoken in a language with which the scribe was unfamiliar. The list contained the name of fine, famous and expensive wines, written, phonetically, by a person who had no idea what the other person was intending to say. The list included the name of the wine maker, the year of the vintage and the number of bottles thereof held in the cellar. If one knew the French vineyards which produced the best and most expensive wines in the world, one could, with some difficulty, make sense of the bad phonetic spellings of the wines on the list.

The reward for solving the riddle of the list was to be told that there was a winery in Tbilisi, the capital of Georgia, that held a substantial part of what had, in turn, been the wine and spirits collections of Czar Nicholas II and Joseph Stalin. The source of this information was Harry, a fellow wine traveler with whom Baker had done deals in the past but whom he never fully trusted. Harry’s source of information was a mining magnate with investments in Georgia named Neville. Neville claimed to have been in the cellar of the winery and to have seen some of the wines.

Baker and Hopko did not know whether to trust Neville any more than they should trust Harry. But it turned out that both men needed the expertise of both Baker and Hopko to examine the contents of the cellar and to verify the reality and value of the wines said to be contained, therein. The list suggested wines from the best wine making vineyards in Bordeaux which were more than a hundred years old. They would obviously be very valuable if they, indeed, existed and if they were in tolerable condition. It was Baker and Hopko’s task to work out whether and how much of these requirements could be confirmed.

And, so, in a flash forward, the prologue has Baker and Hopko arriving at Tbilisi airport being welcomed by characters who wore guns in their belts; spoke varying levels of English; and generally confirmed the fears of Baker and Hopko that they were arriving in a modern Caucasian version of the wild west.

Stalin’s Wine Cellar is a story of modern adventure in a world of commerce where no deal is certain until every card has been played. It is also a travel book where every cityscape is carefully described and every meal is explained in meticulous detail. Since Georgia is the primary subject of the travel elements of the book, Georgian history and Georgian sensibilities and sensitivities are explained through the mouths of the Georgian characters who serve as Baker and Hopko’s hosts.

First and foremost, Stalin’s Wine Cellar is a tale of adventure. Baker and Hopko are the primary protagonists in the adventure and they hold centre stage. But Stalin’s Wine Cellar is also a book about the finest of the world’s wines and, so, the human adventurers must make space for the wines which they examine; they carry around the world; and some of which they get to consume.

The story of Stalin’s Wine Cellar is a rare story, indeed, only made possible by the long existence of, and eventual collapse, of the Soviet Union. Place has done a wonderful job in taking Baker’s life experience and telling it as the rollicking yarn it deserves to be.

Yet, in some respects, the strengths of Stalin’s Wine Cellar were lost on me. Most stories of fine wine serve to cure any insomnia from which I may be suffering at the time. The same may be said of stories of fine food served in expensive restaurants. And there is a certain blokeyness in the telling of Stalin’s Wine Cellar intended to add to the adventurous feel that left me a little cold. The voice of Baker, as articulated by Place, seemed to be assuming that every person spends their life trying to find expensive wines going for a song and in order to sell them at a lucrative profit; everyone wants to troop off to a strange new/old country to make deals with mafia and ex-military types; and every person in the world wants to hob nob with the aristocracy of French wine making, just for the hell of it.

But do not let me put you off. Stalin’s Wine Cellar is a story worth telling, told very well. Many a reader will enjoy the elements of style that I could have done without. And many a reader will be enthralled by the histories of Georgian and Bordeaux wine making that are interwoven with the adventurous deal making in which Baker and Hopko are engaged.